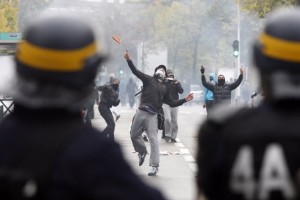 Since the end of September, workers, students, unemployed people and pupils take the streets, with the will to block the economy. After the announcement of another political reform about the pension, the unions called for a struggle. Indeed,  now on, one will have to work until 67 years old.

Meeting together, and making deeper the Crisis. People take action in different ways: but always with the will to disturb and make them lose their money.

The teachers, the petrol workers, the garbage workers, buses, train workers and drivers, electricity workers, the post offices people… The map is drawn, and a real Struggle-Network appears.

It’s everywhere, everyday. Waking up early to join the workers on their piquet de grève, to join the demonstrations, and participate to the assemblies… There’s too much information, too many facts, ideas and actions. 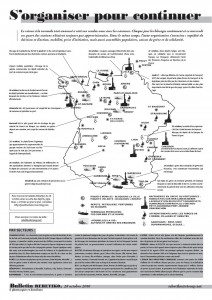 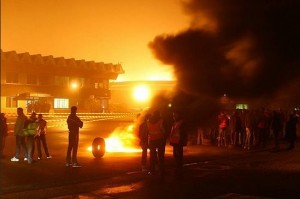 The House of Strike, Rennes, October 27

A empty house has been occupied: inside, people of the movement would be then able to organize and discuss of their actions. 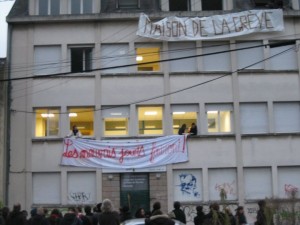 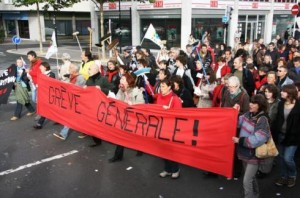 Blockade of roads and highways

The strikers let people pass for free, and ask a donation for the movement. While in strike, the worker doesn’t receive his salary. 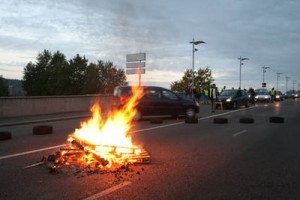 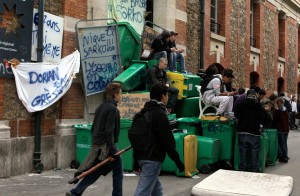 Facing the propaganda of the State, autonomous newspapers appear, and are given in the demonstrations, and on the strikes places. 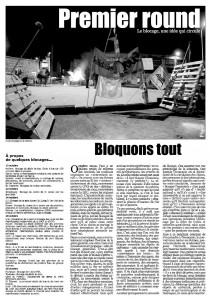 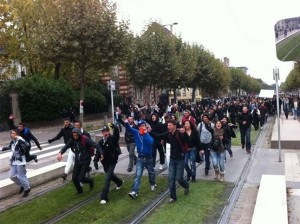 This entry was posted in Action and Revenge. Bookmark the permalink.