Action week: solidarity with the mediterranean insurrection and all the prisoners

A solidarity week is organized after the several anti-terrorist arrests made in Paris. These people have been arrested when showing solidarity to the migrants and with the revolt in the mediterranean sea. This week calls for actions and moments of gathering to make echos to the Arabic insurrections. 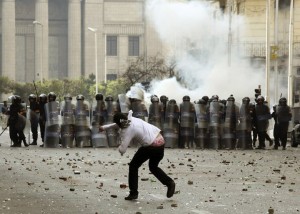 We often have the feeling to live in a world where nothing is changing. From one side, the rich keep on getting impudently fat when walking over us, and from the other side, the State keeps on reinforcing its control on our lives : police occupation of our neighbourhoods, camera surveillance, filing, strikers requisitioning to the account of the police headquarters, increasing in the number of security laws, undocumented people and Rroms deportation, hunt of hustlers and sellers, increasing imprisonment and psychiatric incarceration for a large part of the population…

However, in this vast social prison where we try to survive in between shity jobs, benefits fiddled from the social firemen and thanks to a few illegalisms of misery ; it happens sometimes to be the last straw. That’s what happened for example when the riots inflamed the suburbs in 2005, or during the wild marchs ‘against the CPE’ in 2006. That also took place sometimes due to blockades all over the territory during the last social movement against the pension cuts.

Even if their Authority keeps on trying to tighten the screws, the revolt is still ready to blow; an unexpected and often out of control revolt.

On June 2008, the prison for migrants of Vincennes burns after several months of confrontation. When going to a solidarity demonstration, Bruno and Ivan are arrested on January 2008, and then imprisoned for home made torch and twisted nails. They spend more than four months inside before avoiding their judicial control, and being on the run. Last December, Bruno is taken back by the dogs in uniforms. On February, it’s Ivan’s turn. These two comrades are now incarcerated, and face a « criminal association with terrorist purpose » !

The trial of the 10 undocumented people charged with the arson of the deportation centre approaching on January 2010, many solidarity initiatives appear against the deportation machine in several towns (graffitis, discussion, banners, demonstrations,sabotages, occupations…). The State wishes now to present one more time a long bill to a part of those who have participated to this struggle : after about fifteen house-searchs last year and around ten people under investigation, Olivier and Dan are imprisoned since January. And yet, we well know no repression will stop the struggle. If we need to prove it more one time, the mutiny in Bobigny and Vincennes prisons on automne 2010, or the attempt of thirty passengers to stop the Air France flight when understanding it deports undocumented people on January 2010, definitely shows it.

We will keep solidarizing with the revolt of undesirable people, chased away from the trader western paradize ; as we will continue to fight for a world with no homelands, with no borders.

Two steps away from here too, the revolt blows against unbearable living conditions : will it be constant riots in Algeria, or the current uprising in Egypt, after of course the rebellion in Tunisia. Some already talk about a revolution, even though nothing, or almost nothing has changed yet. The bosses continue to exploit for low price in their industrial tourist, port or labor camps ; the State stays, showing a less authoritarian façade, and the oppostion tries to retrieve the stake in order to share the cake. « So, chaging everything so nothing changes? ». Even submitted to a ‘democratic estate’, everyday one notices the State keeps being a murderer, exploitation savage and misery the rule.

Enough is to know how to seize the situation collectively, a possibility is still opened: to organize with no chiefs, no mediators (no party, no unions, no religious, no military people), to finally shatter everything… for an immorderate liberty.

Because, deep down, it’s always -and everywhere- the same blackmail. One should kill himslef at work or die unemployed for crumbs. In this vast circuling tarde flux, we are part of, rare are those who get to pull through. Facing the social helps or unemployed people office, a boss or a temporary job office, we are taken into one and same movement, combining massification of the nightmare and our own atomization, sentenced us to a survival of which we don’t reach the end. When we feel our situation can get worst, many daily bootstrap to sabotage or block the rate, to divert or drag the holly production tools, to multiply the absenteesim or faults.

So, as there’s really nothing to lose anymore, let’s take back our lives, away from salaried slavery and and the slavish begging!

We so call to a struggle and solidarity week that, instead of starting from the point of repression and its specifities,goes on spreading the struggles and defend the idea that the State looks towards to break : for example these against the retention centres and the deportation machine ; but also the solidarity with the people in revolt on both side of the Mediterranean sea. If we propose a collective frame for this week, it’s not about easing the differences of each one behind an umpteenth « common front  against». We rather wish each one seize this occasion to exchange and confront, and launchs initiatives that will echo back in a anti-authoritarian perspective : for a world with no borders no imprisonments, no State nor exploitation, refusing any mediation, so as to get ride of domination- will it be « democratic » or not.

List of the vultures who manage the deportation machine: companies, associations and structures:

– On a prison: “parole liberty doesn’t exist/ liberty for all the prisoners/ no justice no peace”

– On Léon Grosse building place: “Léon Grosse=prisons/sabotage/fire to the prisons” Has built Meyzieu, Quièvrechain, Chauconin prisons for under age people.

– In the neighbourhood around: “one day in prison is one too many/ liberty/ in Tunisia and egypte as everywhere- viva the insurrection/ death to the Old World, life to the revolts!”

– ORANGE (making money by proposing jobs to the prisoners…) vehicules parked had their tires also punctured.

in the communiqué, on could read: ” solidarity with the imprisoned comrades, and all the rebellious from here and there…”

Grenoble, February 19th: Against all imprisonments

– IUFM gates ( school for teachers) has been closed with chains, and ddors stuck with cold weld. Graffities followed: “there’s no good master, burn your school/ if school was making us free, there wouldn’t be any/ bite the finger that feeds you/ better unemployed than teacher/ and some more…”

– On a school: ” school is prison/ scols are screws, death to the director/ down with all prisons”

– A Renault shop (proposes jobs to prisoners) attacked: glasses broken and about 30 vehicules with tires down.

With solidarity  to Ivan, Dan and Olivier, Bruno, Francois and Camille.

Paris, 24th February: A banner in solidairty with the insurrections. A banner of 16m long has been hung on Saint Martin Boulevard. “Solidarity with the people in revolt in Maghreb and elswhere!” On it one could read: “Dictatorship or Democraty, it still the capitalism that’s is getting fat!”

This entry was posted in Action and Revenge, General, Outsider Solidarity, Prison struggles, Terrorism and other lullabies. Bookmark the permalink.